How to Open the Xbox 360 Controller

What you will need for this tutorial:

Simply remove the screws as shown on the following spots. Don't forget the 'hidden' screw underneath the bar code behind the battery cartridge (it is shown in the picture). This one gets most people the first time. Once this is done place or hold the controller with the top facing down and remove the bottom half of the controller (shell). It is done this way so none of the buttons fall out when taking it apart. Just take your time and you will have it apart in no time. 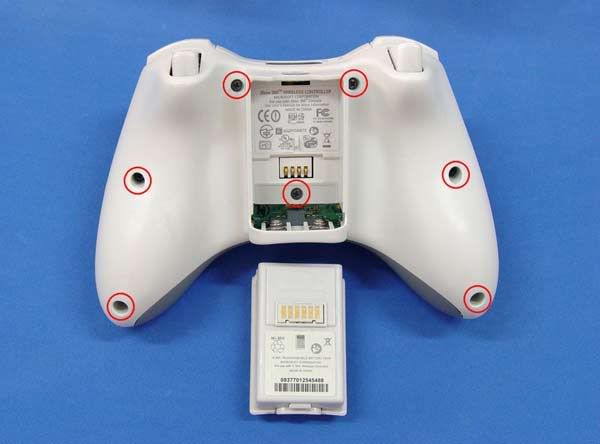