This is a very simple task. You need to look at the controller from the backside and then observe the screws. Use a Tri-Wing Screwdriver to remove all of the visible screws. There are no hidden ones that you should be worried about. Once the screws are removed simply remove the bottom part of the shell with the buttons facing down so they don't fall everywhere. It may take a little prying to get the two halves apart. If yours is reluctant to come apart then there are a couple tabs toward the top of the remote. Just take a thin screw driver (flat head) or something similar and try and press one or both of the tabs in while applying pressure to remove the two halves. Just be patient and you will have it off in no time. If the tabs to end up breaking, do not worry because they are pretty much pointless and the screws hold it all together just fine. 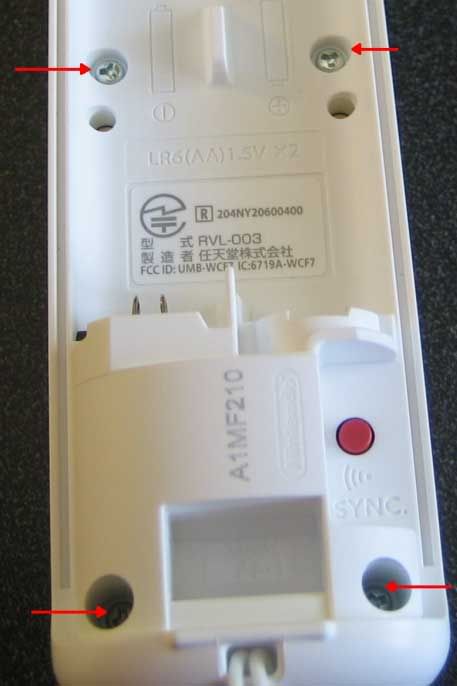 We are going to use a method that we like to call 'floating' the SMD off. This involves putting a decent amount of solder on the tip of your iron and then dragging it across the edge of the SMD where the two solder points are. You want to melt both connections connections at the same time otherwise the SMD will not 'float off'. Do not apply excessive pressure to the SMD with the iron (a tiny bit is acceptable, but not a lot) otherwise you risk tearing up a pad. Sometimes adding a little bit of solder to each end of the SMD before trying to 'float' it off will help considerably. Once you remove all four lights then make sure the soldering pads are clear of excessive solder (you don't want mounds solder on the pad or you will have trouble soldering the leds flat).


After all of the original Lights are removed you must then put on the new ones. Get out your SMDs that you have purchased and remove only one of them at a time, otherwise you will most likely lose one. When you have one removed pick it up with the tweezers and look to see which side is positive. Now that you know the orientation of the SMD, position it accordingly for installation with it laying flat (lens facing directly up). We are going to solder the positive side first so add a little solder to the + pad that you are going to solder to first. Grab the negative side of the SMD with tweezers and hold the positive side of the SMD just in above the appropriate pad. Once you have it in the position you want, hold it tightly and melt the solder that you just added to the pad and put the SMD into the solder  so it sticks to the SMD. Remove the soldering iron and let the solder cool down and harden then remove the tweezers. It is important to remeber that you should not apply heat to the board or the SMDs very long or you could cause damage. You should only apply heat for a couple of seconds at a time at the most. Repeat this process for all of the lights and you are done!! Test and Enjoy!