Be the first to review this product
$19.99
Out of stock
SKU
X360SLIMDVDCOVERWINDOW
Add to Wish List
This is a Clear DVD Rom Drive Window for your Xbox 360 Slim dvd drive! A great upgrade or mod for your system
Skip to the end of the images gallery 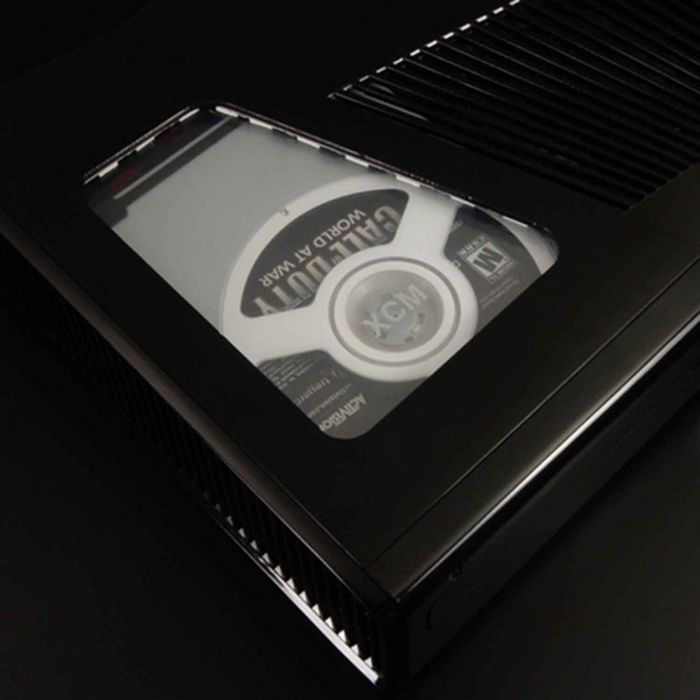 Skip to the beginning of the images gallery
Customer Images
You may upload your own images that portray this specific product being used. We do ask that you do not watermark them in any way and such images will be declined. Images that are accepted may be used as product images, in tutorials, or other related articles. By uploading an image, you accept to these terms. These images may not directly represent the product on this page. The items shown may have been modified/changed and the images are shown for demonstration, ideas, and creativity only. Colors depicted in the photos may also be "skewed" from difficult nature of capturing true light colors with a camera.
Details
XCM 360 Slim DVD Drive Cover is a replacement DVD drive cover for the Xbox 360 Slim console. Combined with the XCM Black Knight Slim Replacement case, you are able to see what game is inside the drive and watch the disc spin. Installation is easy. You'll will have a new look for your Xbox 360 Slim that will look cool.

This does not include the spindle, you need to take that from you current cover and install it in this cover. There is a plastic cover that goes on the top (as shown) to keep dust out of your Xbox 360 Slim dvd drive.

Note: This will ONLY work on the Xbox 360 Slim or "S". Xbox 360 Case is not included, just the dvd cover as shown in the other photos.
Reviews
Write Your Own Review