Be the first to review this product
$87.99
Out of stock
SKU
X360XCMBLACKLIGHTHDMICASE
Add to Wish List
Featuring a pre-cut window, smooth black color, this case also comes with built-in LED lights switches colors or you can pick and led lit air tube in the same fashion as case lights.
Skip to the end of the images gallery 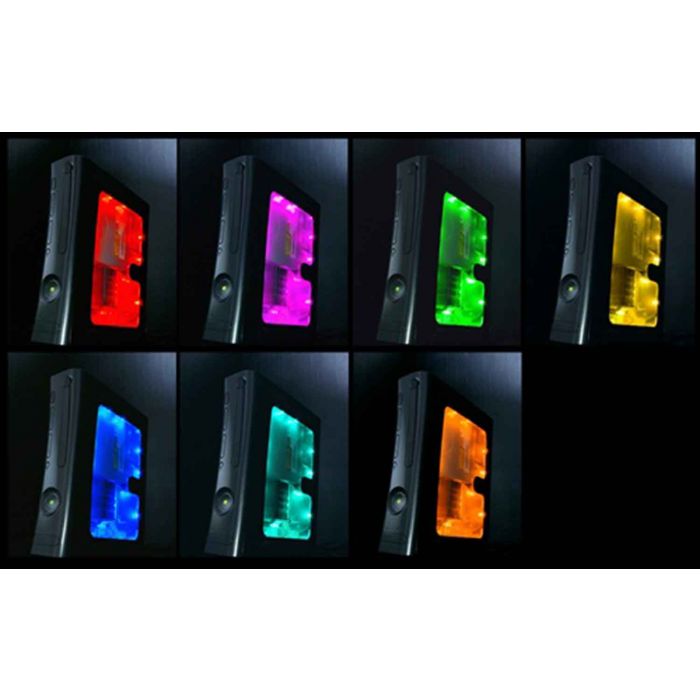 Skip to the beginning of the images gallery
Customer Images
You may upload your own images that portray this specific product being used. We do ask that you do not watermark them in any way and such images will be declined. Images that are accepted may be used as product images, in tutorials, or other related articles. By uploading an image, you accept to these terms. These images may not directly represent the product on this page. The items shown may have been modified/changed and the images are shown for demonstration, ideas, and creativity only. Colors depicted in the photos may also be "skewed" from difficult nature of capturing true light colors with a camera.
Details
For Xbox 360 that include a HDMI port (Elite etc.), this is the ultimate case mod!

Fully customize your Xbox 360 (with HDMI port) console with this quality replacement case.

For 360 fans wanting a total relooking of their HDMI console, the XCM 360 Case with HDMI *Black Knight/Light* is the perfect choice!


Note: Installing this case does void your warranty. This case is not returnable. This case will ONLY fit an Xbox 360 with the Factory HDMI Port!